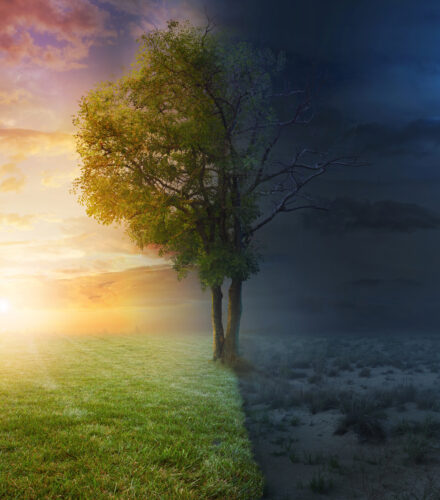 If we were to live a life without a clock, without time structures and without a closely timed daily routine, our body would determine when we fall asleep, wake up and eat. It would follow our innate inner clock, which basically ticks in 24-hour cycles. In science, the natural fluctuations of bodily functions over the course of a day are called circadian rhythms.

The cycle of metabolism is influenced by external and internal factors. The most important external clock is the light. Light and darkness switch on timing genes in us, which influence the 24-hour rhythm of metabolism, physical activity and the release of hormones – and thus allow the body to adapt to the rotation of the earth. Figure 1 shows the behavioural and physiological functions of a person who gets up at 7 a.m.

“We have made clocks that are perfectly in sync with the industrial machinery and the Information Age and perfectly out of sync with nature and our circadian rhythm.”

Time of day influences the surgery

The human circadian clock is more important for our health than modern man can imagine today. In a study carried out by the University Hospital of Lille in 2018, it was shown that the timing of an operation has an impact on its progress.[1]  For heart valve patients, morning surgery was associated with an increased risk of serious heart damage. With corresponding operations in the afternoon, the risk was about 50% lower. If it were possible to demonstrate daytime-dependent changes in risk for other operations as well, this would have considerable consequences for our health care system: if everyone only wanted to be operated on in the afternoon, the personnel and local capacities would quickly be exhausted.

Drugs also have a daytime-dependent effect

But it gets even better: The clocks in our organism also ensure that drugs work differently – depending on the time of their administration. Pharmacokinetics suggest that only drugs with a half-life of 6 hours or less are dependent on daily intake. In fact, however, even for about two-thirds of the drugs with half-lives of 8 to 15 hours, efficacy is influenced by the time of administration (Fig. 2).

This suggests that many drugs have narrow therapeutic windows, with efficacy influenced by the time of administration. However, you will look in vain for this important information on the package inserts. Either the pharmaceutical manufacturers themselves do not know or they do not pass on their knowledge to patients.

And what does all this have to do with the subject of nutrition? One parallel is, for example, the individual blood sugar response to a food intake, which also varies depending on the time of day. For this reason, serious medical tests of the blood sugar response are performed both in the morning and in the evening.[3] The daytime effect of our food intake on our metabolism is still a relatively blank slate. All the more reason to take a closer look at the human circadian clock.

The relevant internal clock is a circuit in the hypothalamus, which is called the central clock. It activates or deactivates the genes, whose information is used to build proteins, which in turn regulate the circadian rhythm. In addition, the central clock not only synchronises the peripheral clocks in other regions of the nervous system, but also the time sequences in peripheral organs such as the liver or kidney. How exactly this control works is currently being investigated.

The relatively young field of chronobiology is investigating, among other things, how disturbances of the circadian rhythm affect our organism, our metabolism and our health. Shift work, jet lag or artificial lighting can upset the human body’s internal clock. Some studies have already shown that metabolic diseases, depression and overweight can be the result.

Influences on our inner clock

The circadian rhythm consists of two main pathways. The first reacts to light and is already well described. The second is influenced by food intake and still leaves some puzzles for the experts. The only thing that is certain is that our inner clock can be influenced by food – and thus also the periodic sequence of metabolic processes. This is because there is a close interplay between the circadian rhythms and the metabolic pathways involved in adapting energy metabolism and the immune system to the food supply.

Research shows that insulin, which is secreted by the pancreas after eating, might be involved in a “reset” of the biological clock.[4] An insulin-dependent correction of the biological clock in nutritionally relevant tissues could enable the synchronisation between mealtime and tissue function and ensure effective digestion and absorption of food. In other words, insulin could help to synchronise the internal clock of our stomach with the actual time of eating. With which special foods and with which time consumption recommendations can we support our circadian rhythm?

If our circadian rhythm is intact, our adrenal gland produces glucocorticoid stress hormones every morning. The release of high amounts of glucocorticoid before waking up causes the body to use fatty acids and sugar as energy sources – so we can start the day rested. However, if the circadian rhythm is disturbed – for example by shift work or jet lag – or if the glucocorticoid level is altered due to illness, diseases such as obesity, type 2 diabetes or fatty liver can result.

In the bunker for science

A study by the Max Planck Society investigated whether the circadian rhythm is innate or influenced by external factors. For the study, 400 test persons agreed to live in a bunker for three to four weeks – isolated from the outside world and independent of other time-determining factors. This isolation had virtually no effect on the sleep rhythm: the participants were awake for about two thirds of the time. The circadian rhythm is therefore not determined by day and night, but by internal factors.

The same study also looked at the meal pattern. As a rule, people assume a hunger rhythm of four to five hours. Although the feeling of hunger of the participants without external timers did not start in the usual rhythm, the majority still usually ate three meals a day – some even two. On some days there was a deviant nutritional behaviour, which led to a changed sleep-wake period. The subjects’ body weight remained constant over the period of the study.

Three meals per day are optimal

It seems to make chronobiological sense to eat three meals a day, because then the sleep-wake rhythm and the other circadian rhythms run parallel to each other. If these are decoupled, mood and performance are initially reduced. This is followed by sleep disorders, which can lead to cardiovascular diseases, digestive problems, etc.

During the nightly sleep phase, the hunger rhythm is interrupted for about seven to eight hours. This phenomenon is probably regulated by the hormone leptin. When the body temperature reaches its lowest level at night, the leptin level in the blood is also very high. A high leptin level signals satiety, but it is not subject to a circadian rhythm. Studies have shown that the peak of leptin shifts in parallel as soon as the last meal takes place six hours later than usual. The course of the circadian body temperature, on the other hand, only adapts to a temporal shift with a delay.

The results show that the classical meal structure of three daily meals supports the function of the circadian rhythm. Deviation from this structure over a longer period of time – for example, through nightly meals – can lead to obesity, diabetes mellitus and coronary heart disease.

Chronobiology is a fascinating new field of knowledge that we should use for the benefit of humans: Researchers believe that our diet can affect our biological clock. This could support therapy for various diseases. With which products and circadian consumption recommendations can we support our internal clock and make it specifically useful for us?