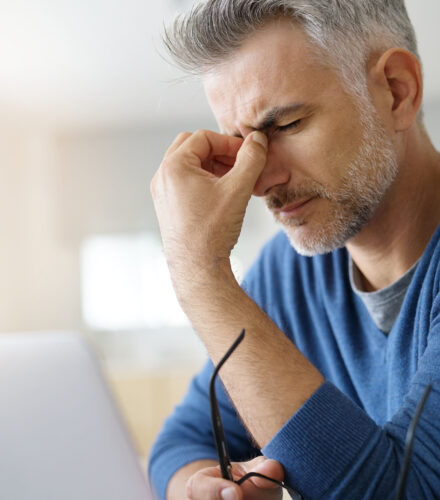 Migraine is the third most common disease in the world. It is more common than diabetes, epilepsy and asthma combined and is not curable from today’s perspective. Those affected must therefore learn to deal with the inevitable. However, those who search for the triggers of the disease can often find relief. In many cases, the affected people intuitively see food as the trigger for their migraine attacks. However, medical science does not have a uniform opinion on this because the effects of food and drink in this context are difficult to prove. Could the right diet prevent and relieve migraines?

MIGRAINE IS SUCH A BIG ASSHOLE

The enemy in your own head

A characteristic feature of migraine is unbearable headaches. Sometimes it starts at the back of the head and spreads slowly and boomingly over the whole skull. Or it may come from the temples and discharge in all directions like a nerve storm. Every movement becomes torture and those affected feel painfully how the veins in their head pulsate. Many describe the pain as if barbed wires were being pulled through their brains or as if their head was clamped in a vice that was being tightened more and more. For most people, there is only one thing that helps: absolute silence. They withdraw, close the curtains and stay in bed. If they are lucky, the migraine attack is over after a few hours, if they are unlucky, it lasts for a few more days. What remains are fear and uncertainty as to when the jackhammer will return in your own head and make your life hell again.

In a migraine disorder one can clearly distinguish between cause and trigger.

If a migraine attack occurs, a certain area of the brain stem is put into a hyperactive state.[1]  This so-called migraine centre then stimulates fibres of the trigeminal nerve, whose branches run through the entire brain. The result: a dilation of the blood vessels, combined with increased permeability of the vascular walls. In this way, substances that promote inflammation can easily reach all areas of the brain.

This can result in inflammation of brain tissue and meninges in some areas. They trigger the pain that those affected feel during a migraine attack. The sensitivity of these areas is then so extremely increased that even the patient’s own pulse can cause severe pain.

Every migraine attack occurs under certain circumstances and is triggered by individual factors – so-called triggers. If you know your personal triggers, you can avoid them, take the right painkiller in time and thus control migraine attacks better. However, of an estimated 13 million people who suffer from migraines in Germany alone during their lifetime, only one in two knows the cause of their pain.

A proven tool in the search for the personal trigger is a detailed headache diary. In this diary, one records exactly when and to what extent symptoms occurred and documents the accompanying circumstances: What did you eat? Was one particularly under stress on the day in question? Did the weather change suddenly? After a while, you can see from this which factors affect the frequency and severity of migraine attacks.

Course of a migraine attack [2]

The individual phases of a migraine attack occur in different regions of the brain. The affected person perceives the first harbingers in the frontal brain. This is where the centres for certain mood sensations are located. If these areas are activated before the actual attack, some people feel depressed, react irritably or become euphoric. They often feel an irresistible desire for sweets. The reason: The suddenly over-activated brain areas must be supplied with energy. The brain gets this energy in the form of carbohydrates by suggesting a strong craving for sweets. If the migraine attack sets in at some point, those affected often blame the chocolate they have eaten shortly before for the attack.

The pain has its origin in the brain stem. There are centres there that control the headache and filter out insignificant stimuli. This filtering function is important so that not every touch, no matter how small, is immediately felt as pain. This filter is defective in people who suffer from migraines. They lack the messenger substance serotonin, which is responsible for damping the innumerable pain impulses. As a result, pain inhibition in the brain is switched off, stimuli from the face and head area reach the brain stem unhindered and are identified there as pain.

If these pain stimuli increase, the brain stem releases messenger substances. These neuropeptides trigger inflammation on the inner walls of the blood vessels. As a result, the pain-sensitive meninges are supplied with more blood, the blood vessels expand and become more permeable. As a result, inflammatory messengers can also flood into the surrounding tissue and the headache becomes unbearable. Why these agonizing attacks eventually stop is still unclear.

No matter if we have butterflies in our stomachs or something hitting us in the stomach: we all have situations where our gut takes over. For some years now, the connection between our brain and our gastrointestinal tract – the so-called intestinal-brain axis – has also been the subject of intensive scientific research. It is becoming increasingly clear what influence our digestive system has on our thinking, feeling and acting. This is because the gastrointestinal tract and our brain communicate with each other – very intensively and even reciprocally. This means that the intestine not only receives instructions from the brain, but also sends signals to it itself.

Patients with a fructose intolerance are particularly prone to depression. The cause is probably a simultaneous low intake of the essential amino acid tryptophane. The brain produces serotonin from tryptophan. The disturbance of this synthesis should increase the risk of depression.

How sugar makes you sick

– High sugar consumption lowers the release of brain-derived neurotrophic factor (BDNF): BDNF is an important growth factor in the brain. A deficiency leads to brain shrinkage and depression.

Often sufferers are convinced that their migraine attacks are triggered by certain foods. However, medical science does not have a uniform opinion on this. This is probably because the effects of food and drink are not easy to prove. It is not only certain ingredients that play a role, but also quantities, combinations, the time of day when they are consumed and other physical conditions. There is no simple if-then relationship – just a complicated puzzle with countless pieces. The task: to find out individually for each person concerned which factors contribute in what way to the individual tolerance threshold being exceeded. So, if food can be partly responsible for a migraine attack, shouldn’t it be able to contribute to the disappearance of these attacks?