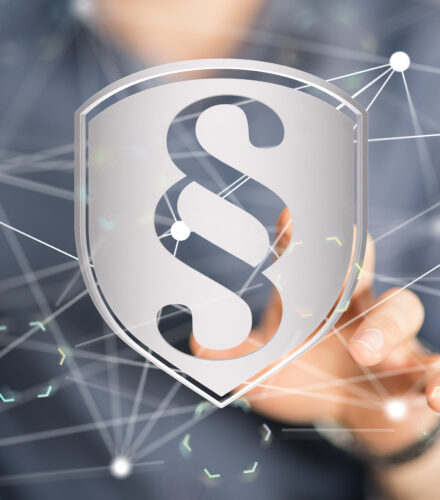 The Health Claims Regulation (HCVO) is valid throughout the EU and regulates which health and nutritional advertising claims are permissible. The purpose of the HCVO is to increase health protection through state control. Unfortunately, after well over a decade, HCVO must be established: As idealistic the goal, as ineffective the law. After all, Europeans have not become healthier, but fatter and sicker since it came into force on 1 July 2007 – and health expenditure continues to rise.

Not only does this law lack scientific evidence, it also hinders the development of innovative raw materials and future-oriented health concepts – such as personalised nutrition. And this despite the fact that the state is even constitutionally prohibited from privileging certain scientific approaches. Of course we have to comply with existing laws. But we also urgently need to find a way to tell people the truth about their food.

“If we desire respect for the law, we must first make the law respectable.”

In the world of science it is no secret that HCVO is based on outdated knowledge. All the more surprisingly, an article published in the ‘EFSA Journal’ on 29 May 2019 was included. The article classified standardised nutritional concepts as scientifically outdated and emphasised the individuality of human metabolism.

The juicy part of this assessment: The ‘EFSA Journal’ is published on behalf of the European Food Safety Authority. The sender is therefore the very authority that has created the basis for current health claims to be based on standard parameters. In the summary of the article “Paving the way to better public health through personalised nutrition” it says:[1]

“Since every individual is different from others in several respects, it is a compelling notion that our individual nutritional needs are also different. The results of nutrition intervention studies show that there are significant inter-individual differences in the same diet. We have a limited understanding of the mechanisms responsible for this variation, but after sequencing the human genome, the role of genes in explaining inter-individual differences has been the focus of attention. In addition, the evidence for interactions between genes that influence phenotype, including health, underlines the importance of both predisposition and nutrition. Eating habits are important determinants of health, so public health advice on reducing the risk of common complex diseases focuses on nutrition. However, most nutritional interventions are relatively ineffective, and personalised approaches that tailor the intervention to the individual are likely to be more acceptable and effective”.

How health claims are admitted

Article 4 of the Health Claims Regulation regulates when food producers may use nutrition and health claims. Prerequisites are that the respective foodstuff is included on an EU positive list and at the same time corresponds to a specified nutrient profile. In short, everything that is not expressly permitted is therefore prohibited.

In many areas, this regulation turns out to be a total ban that applies to the labelling of almost all foods – from water to apples. In this context, the intransparent and legally questionable approach of the EFSA in the evaluation of applications for authorisation of health claims is often criticised.

The EFSA decision on a water health claim is a particularly curious case: Prof. Andreas Hahn and Prof. Moritz Hagenmeyer from the Institute of Food Science and Human Nutrition at Leibniz Universität Hannover had submitted an application for approval of the following advertising claim: “Regular consumption of significant amounts of water can reduce the risk of dehydration and the associated drop in performance”. This statement could have been used, for example, to advertise water bottles or water-rich fruits.

After more than three years of examination by 21 scientists from the responsible EFSA, the European Commission finally decided not to allow this statement. Its reasoning: it did not comply with certain formal requirements of the HCVO. As a result, those who in future advertise that ingesting water can reduce the risk of water shortages and the associated drop in performance will in future face heavy fines or even imprisonment.

Critics see the rejection of this fact, which has long been scientifically proven, as just another example of the regulatory frenzy and rampant bureaucracy in the European Union.

Health claims approved to date relate mainly to nutritional mega-busters, such as vitamins and minerals, whose nutritional functionality and safety have long been proven. Many of these substances are even essential for life, so that a deficiency leads to diseases. Proof of efficacy is therefore quickly provided.

For all other substances, the effect is usually very individual and depends, among other things, on the personal metabolism. This is not unusual: it is known from pharmaceutical research that many active substances only work in a subgroup of patients. But should the approval of a new cancer drug be banned because only half of the patients benefit from it? In the pharmaceutical field, a 50 percent chance of cure is an excellent rate.

In the food sector, this would be far from sufficient to qualify a product for a health claim. HCVO therefore does not do justice to the complexity of real life – and is therefore doomed to failure.

Psychologists call an error of judgement and perception based on naive basic assumptions a Healing World Naive Error. It occurs when people, on the basis of their subjective experience, intuitively resort to one-sided information and selective world views that do not correspond to measurable reality. Even scientists are not immune to this. Since they investigate and try to explain everything new on the basis of already accepted findings, they too make mistakes based on false assumptions.

It becomes completely obscure, however, when scientists are no longer committed to the truth, but only act as agents for political concepts. But as Abraham Lincoln said: “One can lie to all people for some time. Some people can be lied to for all time. But you cannot lie to all people for all time”. Since the Health Claims Regulation does not lead to an improvement in the health of the population, sooner or later it will be realised that this legislative initiative is completely naive and irrelevant.