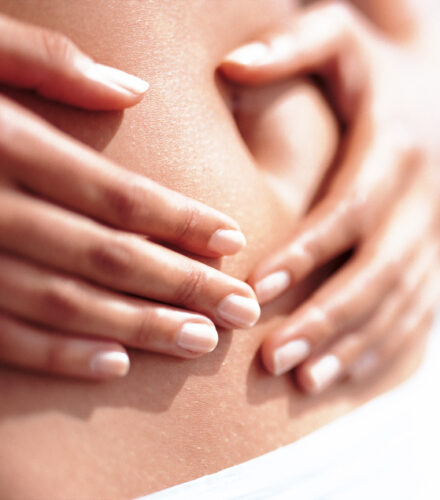 Also thanks to standardized production and industrialized processing, almost every foodstuff is available to us today in good to very good quality and at affordable prices. But in the midst of this food luxury we miss something: we long for traditional, authentic taste, which has been lost over time. In museum villages you can rediscover some of these original culinary experiences: when old craftsmen make barrel butter from milk cream and then spread it on a still warm slice of farmhouse bread from the blazing wood-fired oven. Deep in our hearts we long for this feeling of happiness that the original taste of the good old days evokes in us.

“It is starting to become established science that eating corporate USA wheat may make you fat, sickly and possibly crazy.”

If you look at the current debate on the environmental impact of meat, things are still relatively quiet in the area of plant-based foods. “The sausage is the cigarette of the future,” says Christian Rauffus, owner of the sausage manufacturer Rügenwalder Mühle. Out of the conviction that meat products will increasingly have to struggle with a bad image, Rauffus started looking for ways out of this misery early on – and with Rügenwalder is now a pioneer in the field of vegetarian meat products. Can the wheat millers learn something from this?

In 2015, over a third of Americans were convinced that they would have to give up gluten-containing foods. The manufacturers of gluten-free foods were no longer able to keep up with the production. The California-based actor Ryan Reynolds took the situation with humor: “People in LA are so panicky about gluten – here you could only rob a liquor store with a bagel in your hand”. Only when the first scientific studies showed that a gluten-free diet leads to more heart attacks and other diseases did the gluten craze subside somewhat. Nevertheless, gluten and wheat are still on the red list for many Americans.

The Far Eastern Yin-Yang philosophy can help you to find your own position within the existing uncertainty. The basis of the Yin-Yang principle is the idea that nothing in the world is absolute and can stand on its own. Everything needs an antipole: good can only exist if bad exists. Therefore, even in the evaluation of grain products, the good (Yang) is opposed to the bad (Yin). The good always includes the bad and vice versa (Fig. 1). If wheat-yin and wheat-yang are in balance, the world is actually okay for a wheat miller.

Opinion leaders on the net

But the desired balance is shifting visibly. In the past, people had to justify themselves for a job in the arms industry or cigarette companies, but today mill employees are insulted by extremists because they are allegedly jointly responsible for the death of people. These extreme opinions are fueled by food bloggers, bestselling authors and the media, which often adopt these messages without criticism.

In the USA, three types of consumers can be distinguished: the general population, those interested in food, and food e-vangelists. Like the Christian evangelists, they also proclaim a message of which they are deeply convinced – nowadays, however, mostly via the Internet. The blogs and websites of these so-called “health angels” record monthly visitor numbers in the double-digit million range – and entire industrial sectors in the USA are afraid of this concentrated power of opinion.

When the blogger Katie Wells (“Wellness Mama – simple answers for healthier families”) effectively propagates, “How grain kills you slowly” (Fig. 2), this has an impact. Because Wellness Mama is not only an emotionally compelling sender, but also has a credible mission: “I am a mother with a mission: to help YOU feed your family nutritiously and help them lead healthy lives – even with little money.

Wellness Mama is not alone with her negative message. The number of wheat critics is large. Even doctors write bestsellers with the same direction: ‘Wheat Belly – Why Wheat Makes You Fat and Sick’ by Dr. William Davis and ‘Dumb as Bread – How Wheat Creepingly Destroys Your Brain’ by Dr. David Perlmutter are just two examples. Since their academic titles give medical doctors a high degree of credibility, their publications could play a special role in the image change of the grain – from decades of positive Yang image to negative Yin image (see Fig. 3).

Of course, respected nutritionists have made factual criticism of the wheat-critical articles and books of bloggers and bestselling authors. But these voices usually get lost in the loud media buzz. Nevertheless, in some cases it does have an effect when experts refute the arguments of false prophets and expose them as unscientific. Wellness Mama’, for example, has not only reworked its “How grain kills you slowly” blog post after nine years, but also completely rewrote it. Under the new headline: “The real problem with grain” (Fig. 4), one now finds somewhat more moderate arguments against the consumption of wheat.

Wellness Mama has also adopted arguments from blogger Sarah Pope, who no longer identified gluten as a health threat, but instead criticized the use of glyphosate in agriculture: “Why wheat is really toxic (It’s not the gluten)”. Using an impressive graph, Sarah Pope claims a correlation between the use of glyphosate in wheat fields and the occurrence of celiac disease (Figure 5). This generously overlooks the fact that a correlation does not yet prove causality. Furthermore, this implied causal relationship contradicts all scientific findings. This type of argumentation gives the impression that wheat critics are less concerned with factually correct information and more with spreading bad news.

The scientist Tyler Vigen has long considered such nonsensical correlations, which do not prove causality, to be a thorn in his side. As a not entirely scientific reaction, he built up a database of various publicly available time series and established absurd correlations[3].  Tyler Vigen has even published his favourite correlations in a book.[4]  For example, he found that per capita cheese consumption correlates with the number of people who died from tangling in their bedding (Fig. 6). The correlation coefficient is absolutely convincing at 94.7%. Sweet dreams are obviously not made of cheese.

Most media professionals seem to act according to the motto that bad news sells better than good news. In fact, a study showed that the average click-through rate of news was 63 percent higher when negative superlatives were used in the headlines.[5]  Neuroscience studies suggest that the human brain, as part of a primitive survival mechanism, is more sensitive and responsive to negative news.[6]  According to the researchers, the amygdala uses about two thirds of its neurons to search for bad news. In addition, negative events would be stored much faster in the long-term memory than positive ones.[7]  Bad news therefore actually have a particularly attractive effect on people and ensure more attention and high click rates.

But there is also good news: The studies show that despite the general tendency to report negative news, many people are more attracted to positive news than to bad news. According to the researchers, this finding should also be seen as a mandate to give more space to good news. In terms of gluten, the question arises: What good news do we have for people who really suffer from wheat intolerance? And what innovative products can we offer them?