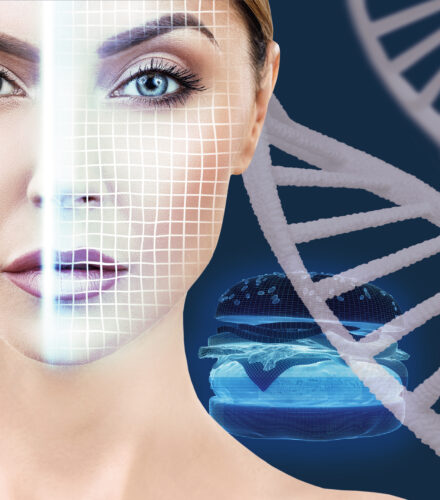 Everyone’s talking about artificial intelligence (AI). But although this term is highly emotionally charged, hardly anyone really has a clear idea of what it is all about. Some see AI as the saviour of mankind, others are afraid of a threatening superiority of machines. Neither viewpoint is suitable for a productive approach to the application of AI in a business context. In addition to a general understanding of AI, this requires above all ideas and concepts about possible uses in one’s own company. Those who want to master digitization should constructively link human and machine intelligence. The future belongs to the alliance of man and machine.

“Artificial intelligence is the new electricity.”

We live in an age of AI inflation. Everywhere you look, people see themselves as AI users, use AI tools and develop AI solutions. But not everyone who works with algorithms or can use the sum function of Excel is automatically an early adopter of AI. This ubiquitous use of the term reveals above all a deep ignorance of its actual meaning.

Added to this is the reflexive attempt to keep up. After all, if you’re not part of the AI hype, you’re from yesterday and have no idea. But consciously refraining from using AI does not have to be stupid – provided that you have understood the topic and played through the application scenarios for your own business. Making a decision against a technology that is extremely fascinating but still irrelevant for your own business on the basis of valid information – that is organic intelligence.

In Europe, companies that have not yet jumped on the AI bandwagon are in good company. Medium-sized companies in particular are struggling with similar problems: The data base has not yet been smoothed, the return on investment is uncertain and an adjustment of internal processes appears less as an opportunity than as a necessary evil. In addition, the issue of AI in smaller companies is always also about capacities and costs.

But of course there are also pioneers who are already much further along and use AI in their operations. One of them is the automotive industry, which is under the pressure to innovate from competitors and tech companies like Tesla and Google. This pressure is also being felt by neighboring industries. Suppliers also conduct AI research and try to transfer their findings into products and services.

Artificial intelligence will prevail in many areas because it has a decisive economic factor: it makes forecasts cheaper. In contrast to “data processing”, AI looks to the future. AI can predict the movement of a car and reduce the probability of a collision. It can scan millions of images for signs of cancer or predict the failure of systems and machines. AI can show which customers need to be addressed in what way and forecast which raw materials and which foods have added value for the health of individual people.

This prognostic competence facilitates the development of complex systems. AI systems can help to radically improve industrial production processes. AI optimizes innovation processes, assists in the future development of food and in this way contributes to maintaining the health of millions of people.

Artificial intelligence will help us to make repetitive and monotonous human activities superfluous. It will continue a process that began with industrial society. But it will not be linear or quantitative, in the sense of “taking away jobs”. Instead, there will be a constant shift – from uncreative to more creative, from isolated to more communicative activities. Such a development causes stress within a society, but it also opens up many opportunities that were previously hidden under routines.

For example, traditional professions can return to their origins: doctors can once again practice empathy rather than managing patients. Product developers can once again design with their hands instead of maintaining documentation. Buyers again have time to search for innovations at trade fairs instead of filling out purchase contracts. Salespeople can once again act instead of calculating. The new professions will definitely contribute to releasing more human creativity. This brings us back to the core question: Which intelligent use of artificial intelligence should we, as millers, first deal with?