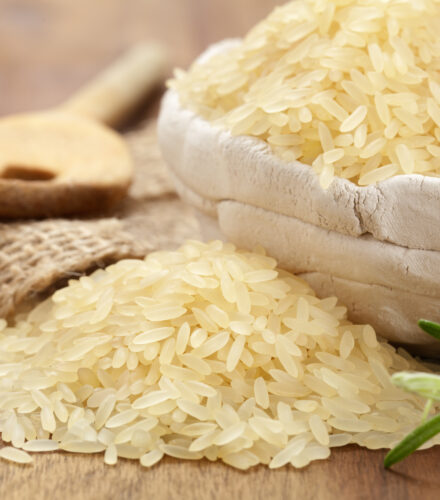 Rice (Oryza sativa) is cultivated worldwide as a staple food. Many nutritionists consider white rice an unhealthy option because it is highly processed. Compared to brown rice, it lacks the fibre-rich bran and the nutrient-rich germ. In addition, white rice is classified as a food with a high glycemic index (GI), which means that it causes a particularly sharp increase in blood sugar after consumption. Although white rice is not unhealthy, it does not offer many nutritional benefits.

“If you wish to plan ahead for a year, grow rice.

If you want to plan ahead for a decade, plant trees.

If you want to plan for a century, teach the people.”

The freshly harvested and still unhulled rice is called paddy rice or paddy rice. In this form it is still germinable and can be used for sowing. In this state it is not yet suitable for cooking. Dried and freed from the strawy husks, it is exported from the growing countries as cargo or brown rice (semi-raw rice). As brown rice still has its fruit and seed husk, a silver skin and its seedling, it is called whole grain rice.

To obtain white rice, brown rice is milled in a rice mill. During this process, the outer layers including the silver skin and germ are removed. This also reduces the fibre, vitamin and mineral content. Depending on the type of rice and the milling method, the result is around 20% husk, around 10% whole bran (including silver skin and germ) and around 70% white rice.

Compared to white rice, unpolished brown rice is much harder to bite and has a more intense taste. In addition to its valuable ingredients, its nutty taste is often praised, although white rice has a market share of well over 99%. What is bought is above all what tastes good. For centuries, people have therefore been asking themselves the question: How can white rice be made healthier without destroying its good taste?

The problems of a diet based on white rice were first recognized in Southeast Asia in the 19th century. In connection with a massive outbreak of beriberi, it turned out that polishing the brown rice grain reduced the natural thiamine content (vitamin B1) by about 90%. Beriberi is associated with malnutrition and occurs in various forms, in which not only the nervous system but also the heart and brain can be affected and which can lead to death in severe cases. After the connection of beriberi with white rice was established in Asia, attempts were made to replace white rice with other foods.[1]

Years ago, the Philippines came up with the idea of feeding their soldiers only with brown rice and thus improving their health. This whole grain rice was the traditional staple food of the villagers in Southeast Asia, who stomped or threshed the paddy rice by hand so that the husks came off. The rice was then thrown into the air and the light husks were carried away by the wind.

This procedure was unproblematic if the whole grain rice was consumed within 24 hours. However, not only did the germ oil in the bruised seedling quickly turn rancid, but the brown rice grain was also infested by insects after the protective husk was removed during storage. But since an army needs large quantities of storable supplies, the brown rice idea was discarded.

When the connection between beriberi and white rice was discovered in the 19th century, it was assumed that the vitamin thiamine was concentrated in the bran of the grain. Later it was discovered that it was mainly present in the germination area. Japanese millers then tried to modify their polishing machines so that they removed the bran but not the germ. However, the millers could only produce this so-called “germ rice” with certain types of rice – and unfortunately not with the rice favored in Japan.

A traditional method of processing rice in Bengal is parboiling. There, the rice in its husk was first soaked in hot water and then dried in the sun. This method made the husks more easily chipped off during pounding and there were fewer broken grains. Later analyses showed that the vitamin thiamine diffused into the interior of the rice grain during soaking and remained there while the grains dried. However, the traditional soaking and sun-drying process gave the rice a musty taste and a slight discoloration. This type of processing was therefore not suitable for mass production either.

In the meantime this process has been perfected: In the modern parboiling process, brown rice is soaked in lukewarm water under vacuum, so that the vitamins and minerals contained in the silverskin and germ are dissolved out. The dissolved nutrients are then pressed into the inside of the rice grain at high pressure. Then the rice starch is hardened on the surface of the grain under steam pressure. This creates a shell that holds the nutrients in the rice grain. Finally, the rice is dried. However, this process has not been able to establish itself in developing countries, as it makes the rice too expensive.

The invention of the vitamin grain

Another way to make rice healthier is to enrich it with synthetic vitamins – following the example of fortified flour, which is even mandatory in the USA and many other countries. However, what works without problems with flour is complicated with rice. While wheat flour simply needs to be carefully mixed with a vitamin mixture, vitamins do not stick to the white rice grains.

The solution seemed to be the production of a granulate rich in vitamins that resembles a grain of rice in size and appearance. One hundred white rice grains are then each added to one of these vitamin-rich grains, so that the mixture has at least the thiamine content of brown rice. For reasons of cost, this method has unfortunately not been able to gain acceptance in developing countries either.

The heavy metal arsenic is a natural component of the earth’s crust and therefore also gets into the soil and groundwater in small quantities. In most regions and for the cultivation of most plants this is not a problem – except for rice. This is because rice plants can absorb and store particularly large amounts of arsenic compared to other types of grain. As a result, rice, but also rice wafers and other products containing rice, have elevated arsenic levels. They should therefore not be eaten too often.

Researchers have now developed a method that can significantly reduce the arsenic intake of rice plants. The decisive factor here is the silicon contained in the rice husks. Rice plants take up silicon and arsenic via the same mechanism. This means that the more silicon that enters the plant, the less arsenic it can absorb at the same time. In a field trial in Cambodia, rice husks were spread again after harvesting and the soil was enriched with silicon. In this way, the inorganic arsenic content of the rice grain was reduced by 25 to 50%. The rice plants are less contaminated and human health is protected.

The healthy rice of the future

White rice not only contains little fibre, protein and vital substances. It also has one of the highest glycemic indices – the second highest in the chart below. Of course, the glycemic response to rice is also highly individualized, so that the blood sugar of individual people may increase only marginally. However, the consumption of rice is usually followed by a high blood sugar response. We are therefore faced with the question: What will the healthy rice of the future look like? 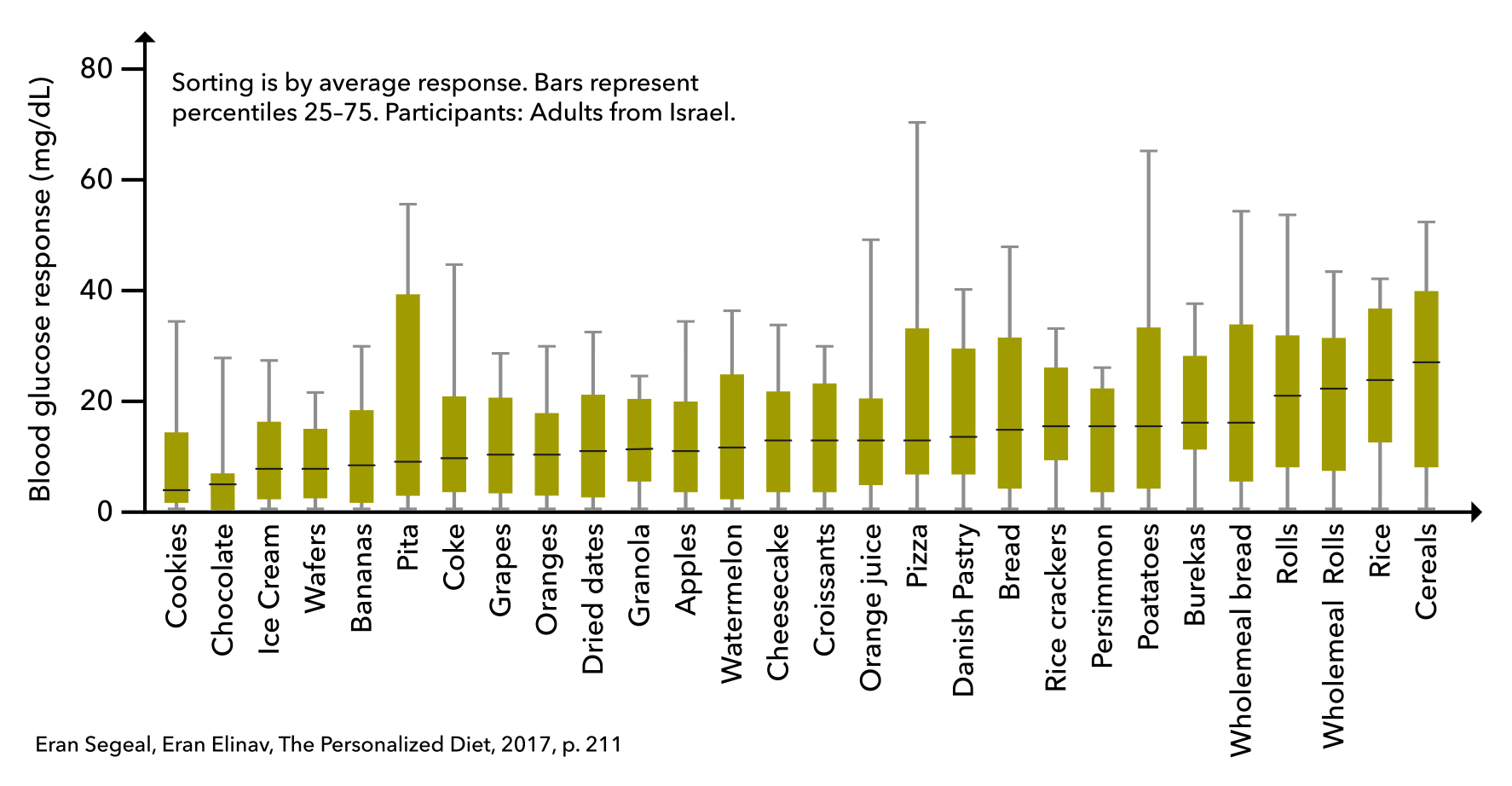