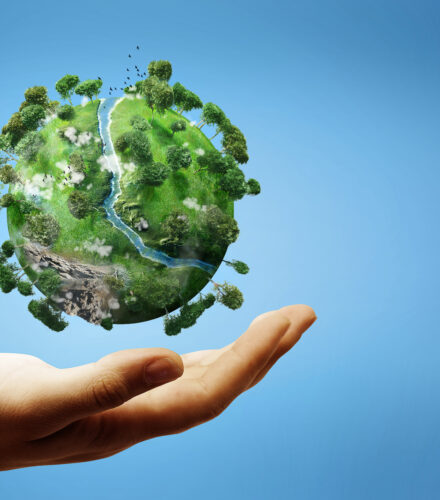 the end of livestock farming

Sowing plants, slaughtering animals: Despite industrialization, agriculture has always used the same methods. This could now change fundamentally. Because new technologies will soon radically change the way we produce food. It is about time, because the production and consumption of animal meat is neither sustainable nor healthy. The high CO2 emissions are harmful to the climate, excrement and liquid manure pollute the groundwater and the end product is contaminated with hormones and antibiotics, depending on how it is reared and kept. Furthermore, even the mass livestock industry, which is trimmed to maximum performance, is not able to satisfy the growing global population’s desire for meat. Although there are alternatives and the market for meat substitutes is growing, tofu, seitan and co. have not yet managed to meet the mass taste of customers who are used to meat.

The consumption of meat, milk, dairy products, eggs and other animal products not only causes animal suffering, but is also a huge waste of resources – especially water. A full 86 percent of the water used worldwide is used to grow food, about half of which ends up in the troughs of farm animals. Given that we can only use 2.6 percent of the world’s water at all, this use of one of our most vital resources seems even more wasteful and irresponsible. If humanity were to feed itself purely on plants, this immense water consumption could not only be significantly reduced, but great animal suffering would also be prevented.

Calculation of the water footprint

In order to illustrate how much water has to be used to manufacture a certain product, its so-called water footprint is calculated. It takes into account the water consumption for the respective product along its entire production process. Animal products generally consume considerably more water than vegetable products.

If, for example, one compares the water footprints of a beef burger and a soy burger, the meatless variant manages with a fraction of the amount of water required for the meat variant: A 150-gram beef burger swallows an average of 2,350 litres of water during production, while a soy burger requires an average of only 158 litres. The differences are also striking in the production of milk and soy drink: while a litre of cow’s milk requires an average of 1,050 litres of water, a litre of soy drink requires only 297 litres.

After a short life of three years, cattle usually reach slaughter maturity. By then it has eaten 1,300 kilos of grain and 7,200 kilos of hay or silage. Up to 16 kilos of feed are needed to produce one kilo of beef – the production of which in turn gobbles up vast amounts of water and accounts for the largest share of water consumption in animal products. With the above-mentioned feed consumption, the production of a single kilo of beef consumes an incredible 15,300 litres of water. And this calculation does not even include the drinking water for the animals and the water used to clean the stables.

Livestock farming is not only responsible for an immense water consumption, but also contributes to water pollution. When excrement and liquid manure are spread on the fields, pollutants seep into the soil and enter the groundwater. Even residues of medicines and resistant germs end up in nature via animal excrements and – since sewage treatment plants cannot filter these pollutants out of the water – ultimately in our glasses and on our plates.

To illustrate the scale of this problem: The pigs kept in Germany alone produce twice as much wastewater as the human population – even though there is only one pig for every third inhabitant. So when we consume animal products, we continue to contribute to the pollution of groundwater and soil with nitrates and phosphates.

The oceans store carbon dioxide. Due to our hunger for meat we produce more and more climate-damaging gases which are stored in the ocean. More carbon dioxide through our consumption also means more carbon dioxide in the oceans, which are becoming more acidic as a result. The consequences for marine life are fatal: corals die and creatures with a calcareous shell lose their protective shell. Even plankton, a staple food for many sea creatures, can no longer be found in acidic oceans – and so the habitats of numerous animals and plants are irretrievably lost.

The way we produce food will soon change radically. Livestock farming in particular is on the brink of disruption. The first changes are already reaching the supermarket. Among other things in the form of vegetable burger patties, which are now even available at McDonald’s. This is not only ecologically sensible, but also economical. Soberly considered, a cow today is a machine that is supposed to supply us with proteins. And yet it is very inefficient: for a relatively small amount of meat it has to eat vast quantities of plants. So why don’t we just use the green stuff?

The next development step is proteins from the laboratory – so-called in vitro meat, also known as clean meat. For the laboratory meat, stem cells are taken from a cow, which multiply in a nutrient solution. Within a few weeks a piece of meat is produced. It is currently still unclear whether the laboratory meat is really so much more environmentally friendly than the conventional original. It is also questionable whether antibiotics are needed for production. Because laboratory meat does not have its own immune system, it must be protected against germs – unless it is produced under extremely sterile conditions. The “clean meat” would then no longer be quite so “clean”.

So there is still a gap between aspirations and reality when it comes to sustainable meat production: the alternative meat should taste like conventional meat, but be more environmentally and climate-friendly and cost less. However, before such a product can be produced in relevant quantities, a number of problems must first be solved and essential questions answered.