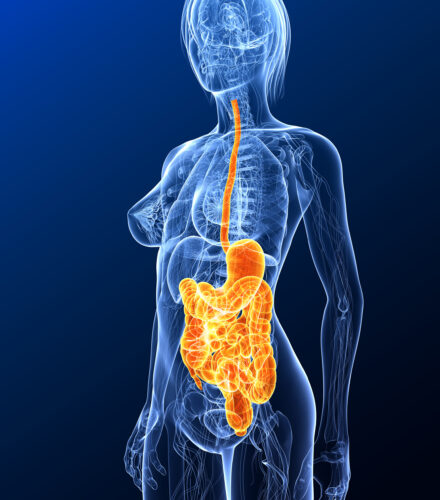 Perhaps we have been carrying our own personal pharmacy with us for a long time. Because every human being shares his body with trillions of bacteria, viruses and fungi that colonise the oral cavity, skin and intestines. The entirety of these microorganisms forms the microbiome – and this has a great influence on our metabolism and thus on our health. If science succeeds in specifically influencing the microbiome, it can keep us healthy, alleviate or even cure diseases. Because every person has his or her own “microbial fingerprint”, influencing the microbiome is also a highly individual matter. The targeted selection of food plays a decisive role in this.

“We used to think that drugs were developed by drug companies, approved by the FDA, and prescribed by physicians, but we now think there are many drugs of equal potency and specificity being produced by the human microbiota.”

As early as 1890, the New York physician William B. Coley observed that the tumors of some of his cancer patients receded after a bacterial infection. Today, the idea that bacteria have an antitumoral effect is booming again.

With the help of new and affordable technologies for sequencing bacterial genomes, numerous research groups are looking for microbes that can be used against Crohn’s disease, type 1 diabetes, obesity or cancer. The germs identified as helpful could then be mixed as a new generation of probiotics in drinking yoghurts, sold in supermarkets or prescribed by doctors.

However, consumer protectors are suspicious of the addition of bacteria to food. They criticise the fact that only a few studies prove the health effectiveness of probiotics. Their alternative: traditional sour milk products such as kefir and fermented foods such as sauerkraut would have a protective effect on the intestinal flora and activate the immune system.

However, researchers are looking ahead in the search for microbes with healing potential and are looking for new healing bacteria – “microbial mining” is in full swing. Bacte¬roides fragilis has already attracted attention. The bacterium belongs to the natural intestinal flora of humans and could one day alleviate chronic inflammatory intestinal diseases such as Crohn’s disease or ulcerative colitis.

Currently, about one percent of people worldwide are affected by these diseases, but the rates are rising. It is not clear why exactly. What is certain is that both intestinal diseases have genetic components, but these only lead to outbreaks in combination with environmental factors.

This is where Bacte¬roides fragilis could come into play: The bacterium secretes sugar molecules that stimulate intestinal cells to produce anti-inflammatory substances. Studies on mice have already shown that sick animals pro-fit through the administration of Bacte¬roides fragilis.

The search for the champion microbes

Sports science has also discovered the bacterium for itself and is researching for germs that increase performance. American researchers have already discovered that top athletes carry microbes in their intestines that are particularly good at breaking down lactic acid – the substance whose salt makes muscles tired.

In the search for further microbes that improve performance or regeneration, researchers are examining stool samples from top athletes around the world. Such “champion microbes” should help to win world championship titles – but also amateur athletes could benefit and stay fit and healthy with the help of bacteria.

However, there are also critical voices. Some scientists doubt that microbes can simply be transplanted and that they have the same performance-enhancing effects in another body. Other researchers warn that the small intestine is not properly colonized. Probiotics are only useful for rebuilding the intestinal flora after treatment with antibiotics, they say. Apart from that, consumption should only be limited.

The comeback of fibre

When it comes to healthy eating, many people think of vitamins or minerals first. Dietary fibre has a reputation for stimulating intestinal activity and providing a lasting feeling of satiety. However, researchers now believe they have discovered a new function of dietary fibres: Fiber is the food of our microbiome.

If we don’t eat enough fibre, our intestinal bacteria will eventually attack the mucosal layer (mucosa) that protects our intestines – or more precisely, the abundant sugar compounds. If the mucus layer becomes porous, the intestines can no longer protect the body from infections. So if we do not feed our intestinal bacteria sufficiently, they literally eat us up from the inside. One more reason to pay attention to a diet rich in fibre.

The body’s own pharmacy

Our microbiome can do even more. It increasingly turns out to be a versatile producer of pharmaceuticals. This is not entirely surprising, since about one third of all drugs used today were originally produced by microorganisms or plants – for example antibiotics, insulin or interferons used in chemotherapy.

The American researcher Michael Fischbach has now been able to identify around 3,100 gene groups in bacteria from different parts of the body that contain blueprints for the production of bioactive substances. This enables a bacterium to produce substances that interact with cells and messenger substances in the body – for example to combat pathogens.

Antibiotics produced by the body itself destroy the cell wall of the pathogens or destroy elementary molecules that control their reproduction. “Until now, we thought that drugs were developed by pharmaceutical manufacturers, approved by the relevant authorities and prescribed by doctors,” said Fischbach commenting on his discovery. “It is now becoming clear that many drugs with similar potential and similar specifications are produced by the human microbiome itself.”

Slim thanks to intestinal flora

Our microbiome also seems to play a decisive role in obesity. However, each intestinal flora is highly individual and corresponding study results are therefore not easy to interpret.

So researchers have concentrated on identical twins with very different body weights. Among other things, they were able to show that the intestinal flora of the slim twins had a much more diverse microbiome than that of the overweight twins. That these different characteristics are innate is not possible in identical twins.

Microbiome research is still in its infancy. But it is already indicating the enormous importance that the microbiome could have for our health.