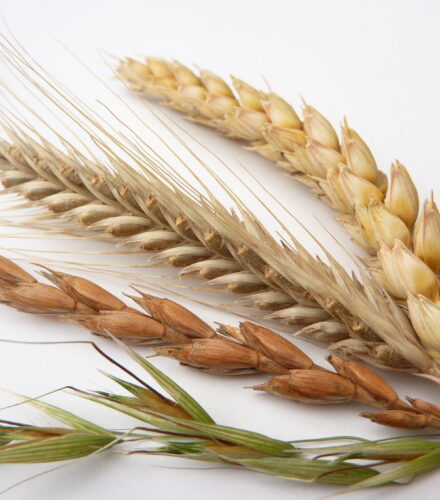 The protection and preservation of biodiversity is currently one of the greatest challenges facing humanity. In order to preserve the diversity of species on Earth and thus save the continued existence of its civilisation, mankind must stand back and limit itself. Agriculture has a central role to play here: as part of ecological diversity, it directly influences its development – among other things as a powerful competitor that claims land and resources for itself. On the one hand, agriculture secures our livelihoods; on the other hand, by not dealing with nature in a sustainable manner, it destroys what keeps us alive.

For diversity is nature’s most important principle of survival. And high biodiversity is the ecological life insurance for present and future generations. A large diversity of species and a genetic range within species make nature much more adaptable and resistant to dynamic environmental conditions – such as climate change, new diseases or pests. By contrast, the extinction of a species is irreversible and creates incalculable risks. The loss of species and ecosystems could have more dramatic consequences than climate change.

“The loss of species, ecosystems and genetic diversity is a global and multigenerational threat.”

The great extinction of species

In its current report[1], the World Biodiversity Council IPBES (Intergovermental Science-Policy Platform on Biodiversity and Ecosystem Services) paints a gloomy picture of the state of the biosphere. More than 400 scientists have contributed to its detailed analysis, analysing how forests and marshes, oceans, rivers and lakes stand, and how this affects biodiversity. According to this, between half a million and a million species are threatened with extinction worldwide. In addition, a quarter of all catalogued animal and plant species are said to have already been lost – and every day more than 100 other plants or animal species become irretrievably extinct.

The reason for this disastrous development is the rapidly increasing consumption of food, water, energy and other resources. Unchecked economic growth and an ever-increasing number of people are pushing the earth to its limit. According to IPBES, 75 percent of the land area, 40 percent of the oceans and half of the rivers and lakes have been severely altered – with catastrophic consequences for wildlife and people. The extinction of species is real and has already assumed dramatic consequences.

Nothing and nobody exists on its own. On the contrary: On our planet everything is connected and interdependent. Functioning ecosystems provide oxygen, clean groundwater, habitable landscapes and fertile soil. We depend on this ecological balance around us – not only socially and economically, but simply to survive. We are only now realising how valuable and fragile this balance is, as biodiversity and therefore resources are under concrete threat.[2]

To feed 10 billion people in the future, we need a yield-oriented agriculture. And how do we find the balance between high agricultural productivity and the preservation of biological diversity? Or are high yields and high biodiversity mutually exclusive? In any case, one thing is certain: If we don’t preserve biological diversity, we won’t be able to secure our food supply in the long term.

The role of agriculture

For many years, agriculture was considered a guarantor of species and biotope diversity, but today it is one of its most dangerous displacers. Whether by hand or with modern machinery, agriculture influences biological diversity and is thus partly responsible for the decline in species diversity in the plant and animal world. Ploughing, harvesting, sowing – these are all deep interventions in an original ecosystem that is being deliberately altered in favour of farm animals and cultivated plants. In addition, the design of these agricultural landscapes is also subject to constant change, driven by political decisions, agricultural techniques or new crop plants.

Agriculture only established itself about 10,000 years ago and is thus a very recent invention of mankind. The earliest European works of art, such as cave paintings or artistically designed figures, are 30,000 – 40,000 years old. Man as a species is estimated to be about 200,000 years old. The period of human history in which agriculture is practised is thus in the order of 5% – before that, people lived mainly as hunters and gatherers.

Although we know of more than 30,000 edible plant species, the world’s food today depends on around 30 crops. But this specialization in a few high-yielding cereals and vegetables makes humanity vulnerable: The limited choice of species not only makes our fields more susceptible to disease and pest infestation, but also has a direct impact on our health. The more one-sided we eat, the less diverse our microbiome becomes – and this has negative consequences for our entire metabolism. It is therefore not enough to preserve genetic diversity only in seed banks. We need it in our ecosystem.

Looking forward instead of looking back

Let’s not kid ourselves: We can’t bring back the pristine agricultural landscapes of the last millennium. Small-scale structured landscapes are just as much a thing of the past as new habitats created by nutrient-depleting cultivation. Instead, the evolution of agricultural landscapes will continue: with huge areas of land monoculturally cultivated with energy and food plants and interspersed with hedges and other structural elements and protected areas.

But are traditionally cultivated areas at all suitable as models for modern agricultural landscapes? Or do we need to develop new models that are compatible with the new tasks of agriculture? We will not be able to bring the biodiversity of the 1970s back into Europe’s agricultural landscapes. Instead, a new biological diversity will have to develop. So let us stop looking back and reorient ourselves – towards the future.

In the public debate, pesticides are often considered the main culprits of insect mortality, species decline and environmental pollution. But if crops are not protected against food competitors, pests and pathogens, high-yielding agriculture is impossible. According to the European “Green Deal”, the use of pesticides should be halved by 2030.

An alternative could be the traditional mechanical and biological methods of plant protection, of all things, which were once replaced by pesticides, such as tillage, crop rotation, sowing date, sowing rate and variety resistance. Incidentally, the exact opposite happens when maize is grown for biogas plants: Close crop rotations, especially the years of growing corn after corn, prepare the ground for insect pests, against which insecticides (neonicotinoids) are then used – with sometimes catastrophic consequences for the accompanying fauna.

Another approach is to make the plants themselves more resistant to diseases and pests. If the possibilities of classical resistance breeding are extremely limited, new molecular biological tools promise more targeted, efficient and above all faster solutions. Modern genome editing methods, such as the CRISPR/Cas “gene scissors”, enable crops to be better equipped against pathogens such as viruses, fungi and bacteria. However, the new genetic engineering breeding methods are not only highly controversial; in the EU, concrete applications are currently virtually excluded because they carry the stigma of “genetic engineering”.

Robots are the farmers of the future

Agriculture is not only concerned with the crop protection of the future. 125 years after the invention of the tractor, it is facing another revolution thanks to digitalisation: small, GPS-controlled and autonomously driving field robots will soon replace the huge combine harvesters and help to reduce the amount of pesticides and fertilisers entering the environment. The mechanical farmers are not only equipped with a driving system and a computer, but also with a camera that detects weeds and a laser that destroys them precisely. This technical revolution will lead to completely new marketing approaches and create innovative value chains. 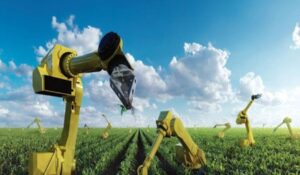 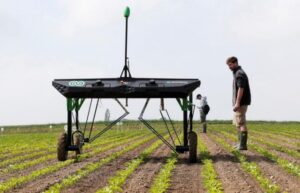 A new understanding of nature

At the agricultural level, the known and established measures to promote biodiversity must be further promoted – be it flower strips, purposefully used fallow land or the management of designated protected areas.

In order to overcome the crisis of nature, man must also learn to inhabit the earth with care, humility and modesty. A new ethic of the less and a new image of man are needed, which no longer defines human greatness as dominance over the biosphere, but as the ability to give dignity, space and meaning to all living things. In a world in which progress and quality of life are defined more comprehensively than by returns on sales, a new understanding of nature offers great opportunities.

The future of agriculture

For a sustainable solution, we must find a common path that all those involved can consistently follow. A path that includes solutions to water scarcity, eroding soils, climate change and solutions to preserve biodiversity. A way that feeds people appropriately and that describes the best technological solutions for using the ever smaller space of the earth efficiently and sustainably. A way that finds the right balance for the environment, agriculture and future generations.

Together, we all share a great deal of responsibility for the future of agriculture. This responsibility cannot be shared and everyone must make their own contribution. We want to be part of this solution.

[1] The global assessment report on BIODIVERSITY AND ECOSYSTEM SERVICES (2019), http://bit.ly/GlobalAssessmentReport