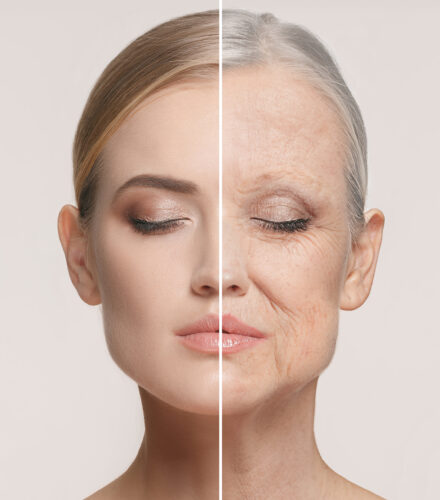 If something is truly immortal, then it is the dream of being able to extend life at will. In the past, people turned to the religions with questions about death and immortality, which promised a continuation of life in the hereafter. Today their hopes are directed towards science, because research and medicine are as close as never before to the secret of eternal youth.

Researchers agree on one thing: even in our modern times, a moderate and healthy lifestyle and diet is the best recipe for a long life. 200 years ago, you were already an old man at 50. Since then, the human aging process has slowed down considerably: among other things, through healthier nutrition, improved living conditions and regular exercise. However, sacrifice and exercising are not everyone’s cup of tea. A superfood with integrated life extension would be much more attractive. Perhaps we are even closer to such a solution than we think.

“The great unfinished task of the modern world is to turn death from a fact of life into a problem to be solved — a problem towards whose solution I hope to contribute in whatever way I can.”

Peter Thiel, “100 Plus” by Sonia Arrison

“What’s gone is gone.” The belief in the 250-year-old theorem of the Scottish anatomist William Hunter, according to which worn joint cartilage is irretrievably lost, persists. However, this view is hopelessly outdated, as scientists have long since discovered how the cartilage mass can be renewed naturally. This research success not only gives hope for new therapies, it also punishes those who cling ironically to outdated truths. This inability to question once learned beliefs blocks all progress. The same applies, of course, to the search for the recipe for prolonging life: if you are not willing or able to leave the familiar paths, you will certainly not discover a new path.

A few years ago, the Nobel Prize for Medicine was awarded to scientists who provided important insights from molecular ageing research – and thus gave new nourishment to the dream of eternal life. Researchers at the elite American university Yale are convinced that we will be able to stop death by 2050. Nutritionists are also optimistic. One of their arguments: Since life expectancy at birth is only 25% genetically determined, our aging process must therefore be influenced by environmental factors and dietary regimes. The key question here is: With which raw materials and processes can we defeat ageing?

Silicon Valley billionaires: Nothing is impossible.

For most people, death is inseparable from life. Not so in America, the land of unlimited possibilities: For Peter Thiel, founder of the online payment service PayPal, death is mankind’s “great enemy”. Together with other Silicon Valley masterminds and billionaires, he does not regard mortality as an eternal fact, but as a solvable medical problem. In order to get a step closer to solving it, Facebook founder Mark Zuckerberg and Google founder Sergei Brin announced the “Breakthrough Prize for Life Science” in 2013, endowed with three million US dollars, which supports research projects aimed at extending human life.

In the Middle Ages, monasteries were responsible for the care of sick people – and only for their care. God alone was responsible for a possible cure, because an illness was his punishment for misdeeds committed. Old age and death were also in God’s hands alone and man was not allowed to meddle with them. This attitude only changed on the threshold of modern times: the best minds of the Renaissance saw death as something to be defeated.

In the year 1513, the Spanish conqueror Juan Ponce de León sailed to Florida in order to look for the fountain of youth, which of course he did not find. But during a further trip there, his life came to an abrupt end: he was fatally hit by an arrow. Francis Bacon (1561-1626) gave advice on prolonging life in his work on life after death. For him, life extension was not only a branch of medicine in its own right, but also the most sublime. By life extension Bacon understood a longer life in health and not a prolongation of death. In the 1660s, the natural scientist Robert Boyle put the prolongation of life on his famous wish list for the future of science – together with the recovery of youth, incidentally.

Life and death as statistics

The secrets of life have not yet been deciphered. But in the 19th century, insurers and statisticians approached the topics of life and death in a mathematical way that still determines their thinking today. At that time, the age-specific mortalities of people living at the same time were determined and transferred to so-called ‘life tables’, which are used to calculate the premiums of an insurance contract. Incidentally, life insurance companies consider death to be inevitable and statistically randomly distributed. In their world, therefore, we all have the same chances of growing very old.

In contrast, the American president Franklin D. Roosevelt (1882-1945) had little to say about statistics: “I am somewhat skeptical about statistics, because according to statistics, a millionaire and a have-not have half a million each. The German philosopher Arthur Schopenhauer (1788-1860) aptly formulated the crux of every statistic: “While one has only numbers and signs in one’s head, one cannot trace the causal connection. In terms of the method of insurance, this means that your life tables conceal that there are indeed reasons why some people get older than others.

Research is looking for answers

In 1992, the European Prospective Investigation into Cancer and Nutrition (EPIC) study was launched to investigate the links between nutrition and other factors with cancer and other chronic diseases. The EPIC study in Heidelberg with 25,000 participants showed that individual lifestyle has a strong influence on life expectancy. Researchers of the German Cancer Research Center (DKFZ) have calculated that an unhealthy lifestyle shortens the remaining life expectancy of a 40-year-old man by 17 years and of a woman of the same age by almost 14 years.

Other researchers have been able to show that the consumption of healthy, nutrient-rich food (without taking medication) can not only significantly prolong life expectancy, but also increase the number of healthy years of life by 40%. It has often been heard: “From the moment we were born, we started dying.” It is high time to move away from this idea of natural aging. Those who think this way have already given up and accepted death as inevitable fate. It is much more accurate to say, “From the moment we are born, we begin to heal. ” Because our cells renew themselves every day. It cannot be ruled out that this is precisely where new technologies come in to make the supposedly impossible possible.

When it comes to progress in the field of anti-aging, two branches of research have been particularly active in recent years: In regenerative medicine, stem cell research is providing groundbreaking insights, as is the “Life Extension” branch of research in the biotech industry. The biotech industry is already aiming to achieve biological rejuvenation by eight years in selected test persons.

The best research approaches are based on a simple insight: the body itself is its best therapist. Especially in the first decades of life, the human organism is a true master of self-healing and knows exactly how many cells are needed, how and where. Researchers now need to activate this self-regeneration of the body.

In developing suitable approaches, scientists consider vital substances that work from within to be particularly promising. The body channels them to exactly where they are needed. They intercept harmful oxidants (so-called free radicals), counteract ageing and inflammatory processes and promote cell renewal. “True beauty comes from within.” There seems to be a lot more to this hackneyed saying than many have suspected so far.

Our food vision: Eat your wrinkles away!

Our vision of longer life through better nutrition is by no means mere fantasy. After all, people are already living significantly longer than their grandparents ever dreamed of. Our food vision is obvious: It is about a future in which people will continue to age, but have freed themselves from their parents’ diseases. It is about fulfilling the enticing promise of the Fountain of Youth: to delay aging, or at least to stop the onset and progression of age-related diseases. In fact, research in this area is very active. And who knows – perhaps the successful solution is already in the anti-aging pipeline.